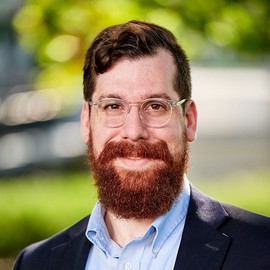 University of the South

Welcome! I am a Visiting Assistant Professor of Politics at the University of the South. My research and teaching interests lie at the intersection of American politics, public policy, and public administration, and include criminal justice reform, local government, gun politics, and research methods.

LGBTQ State Legislative Candidates in an Era of Backlash

Fake news, conspiracy theories, and alternative facts crowd our current political climate. Scholars have assessed how such misinformation can impact policy and policy-relevant attitudes in significant ways, especially among partisans (Hoyle 2008; Kuklinski et al. 2000; Nyhan 2010; Porter, Wood, and Bahador 2019; Pratt 2008), yet few have considered how this era of polarized facts operates in the contentious world of gun politics. In this chapter, we aim to assess what the public truly knows about gun ownership, gun politics, and gun-related policies. We first assess whether there is a gap between gun owners and non-gun owners concerning their knowledge about guns and gun policy, and then whether gun knowledge is associated with policy attitudes. Finally, we assess whether new information influences gun policy attitudes by making use of data from an experiment embedded in an online survey.

LGBTQ Judges in the United States

The past thirty years have witnessed a remarkable expansion of descriptive and substantive representation for LGBT people in American politics (Haider-Markel 2007, 2010). A significant literature has developed analyzing the rise of LGBT candidates and office-holders, particularly in legislative races and offices (Bailey and Nawara 2017; Button, Wald, and Rienzo 1999; Casey and Reynolds 2015; Corrales 2017; Everitt and Camp 2014; Golebiowska 2001, 2002; Golebiowska and Thomsen 1999; Haider-Markel 2000, 2010; Haider-Markel and Bright 2014; Haider-Markel, Joslyn, and Kniss 2000; Haider-Markel et al. 2017; Herrick and Thomas 1999; Perry and Manley 2017; Reynolds 2013; Snell 2017). However, the study of LGBT representation in the United States has, to date, largely neglected the presence of LGBT judges on the bench (but see Clendinen and Nagourney 2001; Smith and Haider-Markel 2002). With this in mind, we seek to explore the history of LGBT representation in the American judicial system. We ask, How have LGBT judges come to occupy judicial seats? What are the substantive effects of LGBT judges? What do LGBT judges mean for LGBT representation more broadly? To answer these questions, we first outline our theoretical perspective on the representation of marginalized groups in government. We then examine systemic data on where and how LGBT judges have served. We turn to case studies to explore how LGBT judges have obtained their offices, highlighting some particularly notable judges. Finally, we conclude with a prospective on the future of LGBT representation on the bench.